And the Winner is…. Marijuana! 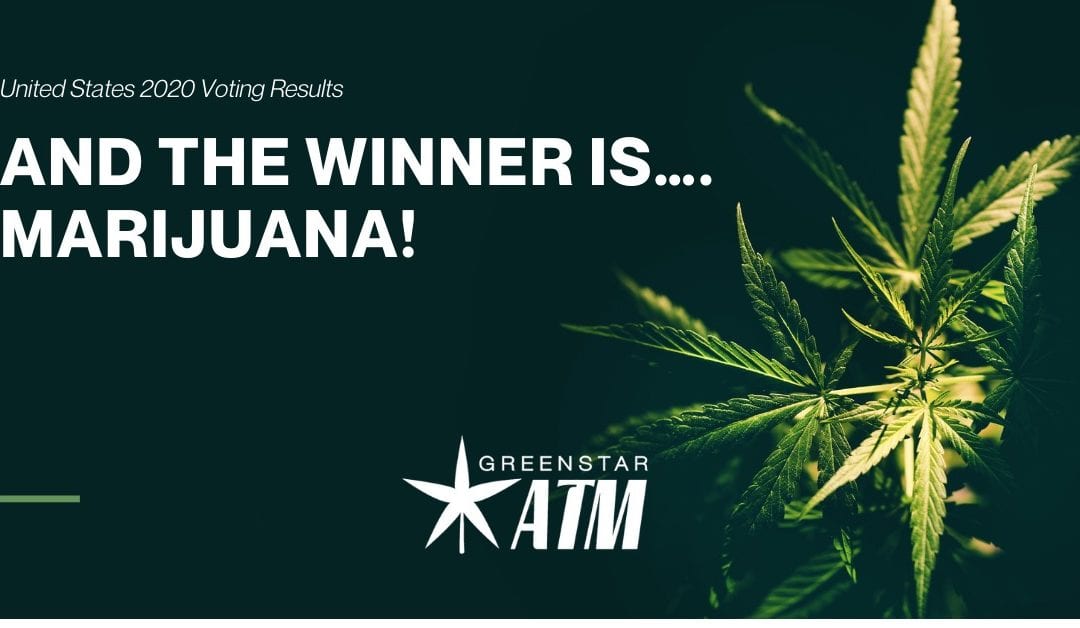 The 2020 election saw the highest voter turnout in American history, according to the Washington Post. “Nearly 65 percent of the voting-eligible population cast a ballot — a figure that will increase as more votes are tabulated. The figures have shattered previous highs, including in 2008 when Barack Obama defeated John McCain, and in 1960 when John F. Kennedy defeated Richard Nixon.”

It also appears that people from both parties heavily participated in the recent election, which outlined a great moral divide as evidenced by the presidential race. With some recounts and lawsuits still pending, the current presidential vote count stands with 79,313,096 votes for Joseph Biden and 73,479,345 votes for President Trump.

However, there was one clear winner in the 2020 election – marijuana. In both red and blue states marijuana-related ballot issues resoundingly were passed.

Here is a breakdown of marijuana legislation results in the recent contest:

Arizona’s Proposition 207, which proposed legalization of adult-use marijuana, passed by a wide margin. 1,951,877 people voted to pass the proposition, only four years after a similar measure failed to pass in 2016.

Ballot issues 65 and 65A passed in conservative Mississippi, which allows the state to legalize medical marijuana. 794,656 Mississippians voted to pass the measures, as opposed to 371,205 citizens who voted against them.

In Montana, ballot initiative 190 passed by a 57% to 43% margin. The initiative allows for the establishment of production and sales for adult-use marijuana.

New Jersey’s Question 1 was resoundingly approved with 2,637,630 votes for approval. The referendum was for legalization of marijuana for adult use.

With such reverberant results coming out of the recent election, many marijuana advocates are left to wonder when the issue of legalizing marijuana will finally be taken up on a federal level. In the meantime, marijuana legislation continues to pass with resounding success on the state levels.