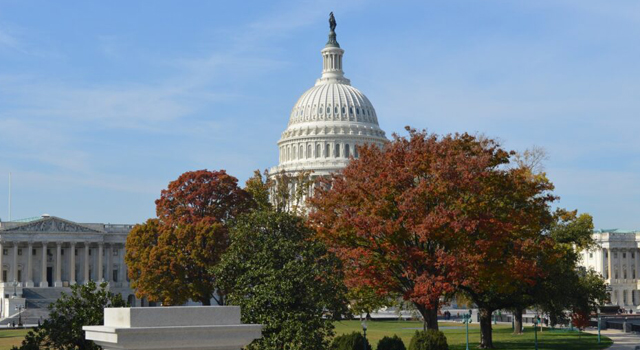 In late June of 2022, the House Committee on Appropriations approved an amendment that would prevent the Department of Justice from interfering with state’s legal recreational cannabis programs. The amendment is part of Fiscal Year 2023’s Commerce, Justice, Science, and Related Agencies appropriations legislation.

The amendment enjoyed bipartisan support and was introduced by Representatives Barbara Lee (D-CA) and David Joyce (R-OH). The amendment would bar the Justice Department from interfering with a state’s ability to implement laws and regulations that govern legalized production, sale, distribution, and use of cannabis. The DOJ is also prevented from targeting people working in those industries or acting in compliance with a state’s legalization laws.

The amendment was also supported by non-committee members Reps. Earl Blumenauer (D-OR), Tom McClintock (R-CA), and Eleanor Holmes Norton (D-DC). In a statement about its approval, Representative Blumenauer said, “Congress must honor the will of the voters and prevent wasteful Department of Justice prosecution of those complying with their respective state’s or tribe’s cannabis regulations. I have spearheaded the work to develop this language, which protects the state and tribal-legal programs that have been enacted laws to end prohibitionary policies and allow the development of both adult-use and medical marijuana programs. I appreciate the partnership and leadership of my colleagues, Representatives McClintock, Lee, Joyce, and Norton to move this important language forward today.”

From 2013 to 2018 it was official DOJ policy to de-prioritize prosecuting people acting in compliance with state’s legal cannabis laws. However, in 2018, the Trump Administration’s former Attorney General Jeff Sessions rescinded that policy. Biden Administration Attorney General Merrick Garland has stated that it is his position that it is a waste of DOJ time and resources to interfere with legalized cannabis programs. Unfortunately, the policy has not yet been officially renewed.