Medical Marijuana – Everything You Need To Know

We have been using medical marijuana for well over 5,000 years now. It has been used to alleviate and in some cases even treat a variety of conditions in a relatively safer way than over-the-counter medicines.

With four states in the U.S. already legalized the use of recreational marijuana, the medical industry is also growing rapidly. The answer lies in the positive results patients secure. If you don’t know much about medical marijuana, here is a crash course that will help you out:

How Does It Work In The Body?

Our brain is always prepared to respond to the psychoactive ingredients in marijuana – THC and other compounds called cannabinoids. When ingested or smoked, the cannabinoids react with a series of receptors in our brain called the endocannabinoids.

These receptors are directly linked with mood, memory, appetite and the sensation of pain. Although over 104 cannabinoids have been discovered in marijuana up to date, many of them have yet to be researched for pharmacology. 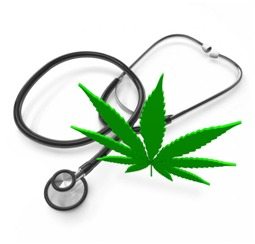 What Are The Medical Uses Of Marijuana?

Marijuana has been used for several years to treat symptoms like nausea, loss of appetite and depression, especially in patients going through taxing procedures like chemotherapies.

On the other hand, marijuana has also proven to be successful for treating patients with multiple sclerosis. In fact, a pharmaceutical giant, GW Pharmaceutical’s intensive research in marijuana led to the development of their patented medicine Sativex that has THC and cannabidiol (which is a non-psychoactive compound).

What Are The Safety Concerns Involved?

There is no evidence of potential long-term damage with marijuana consumption. The only long-term side effect in adults who smoke marijuana on a daily basis, is chronic bronchitis due to combustion. However, the situation might be different for children as well as teenagers whose brains are still developing.

A large number of research professionals around the world are constantly putting in time and effort to identify further medical uses of marijuana.