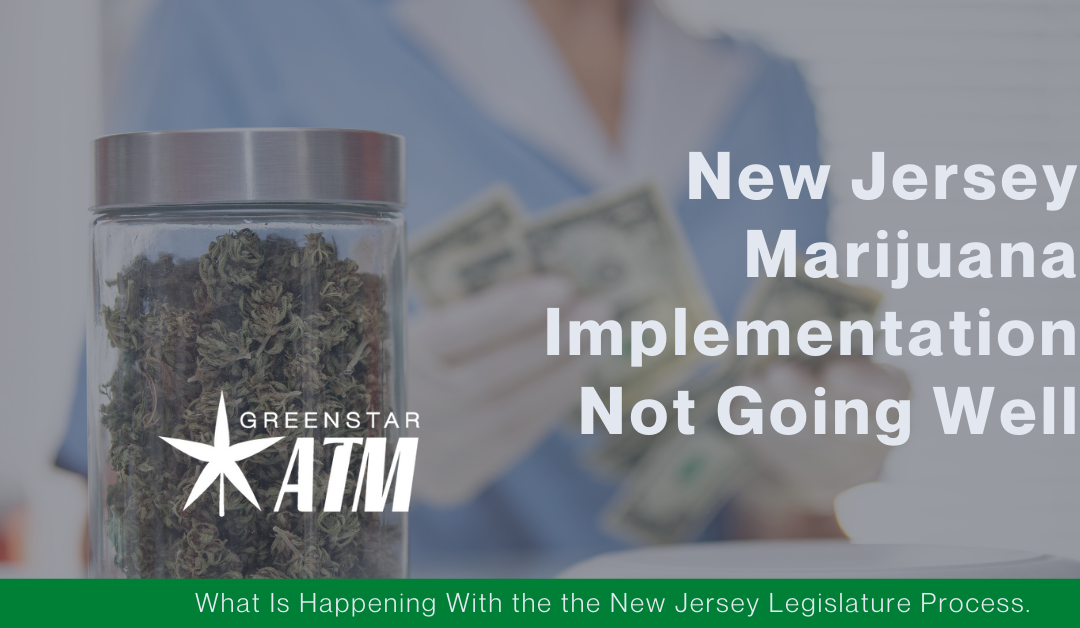 New Jersey was one of several states to legalize recreational marijuana for adult use in the 2020 election. New Jersey ballot Question 1 passed with 67% of the vote. However, Question 1 left details of how to workout the legalization process up to lawmakers.

At the time, Carly Wolf, state policies coordinator for NORML (a pro-marijuana advocacy group) stated, “Because Question 1 is a non-binding, legislatively referred ballot question, the New Jersey legislature must now take immediate action to draft and implement enabling legislation in a manner that is in accordance with voters’ sentiments. Their first priority should be bringing about an end to the tens of thousands of low-level marijuana possession arrests that occur each year in New Jersey. Once this is accomplished, they should then expeditiously move forward to meet voters’ second demand, which is to initiate regulations to license and oversee the commercial cannabis market in New Jersey.”

All is Not Well in the State of …. New Jersey

The New Jersey legislature was working to hammer out the details when the process hit a snag – Democratic Governor Phil Murphy has insisted on civil penalties for underage people in possession of marijuana.

Prior to legalization becoming effective on January 1st, the state Senate and General Assembly had passed their own bills to be implemented. Gov. Murphy’s office then proposed a “cleanup bill” with the intent to rectify differences in the two bills.

However, with days to go before the law went into effect, Gov. Murphy said that he was working with the Legislature on a “technical but important issue.” Murphy then went on to make changes. As reported in NJ.com, “The change would levy fines of $250 for those under 21 caught with one ounce of marijuana and $500 for possession of more than one ounce, but less than six, according to the sources with knowledge of the “cleanup” bill sent to the Legislature. The legal marijuana legislation permits possession of up to six ounces.

Last week Murphy continued to work with the Legislature to find a compromise. This, however, was set aside on Friday when lawmakers concluded that they could not get on board with what they considered to be penalties that were too harsh for the underage crowd.

Gov. Murphy addressed the issue during a Monday news conference, stating that he’s “still optimistic we’re going to figure something out” but that “we’ve got to somehow thread the needle” to address everybody’s concerns. During the press conference, Murphy expressed concern about “more kids getting tangled up in the criminal justice system. None of us want that. Period.” But, he also stated, “This was never about legalizing marijuana for our kids.”

Governor and New Jersey lawmakers will need to find common ground in order to pass the legislation to begin putting recreational marijuana in the marketplace. Until then, New Jersey residents will have to wait.