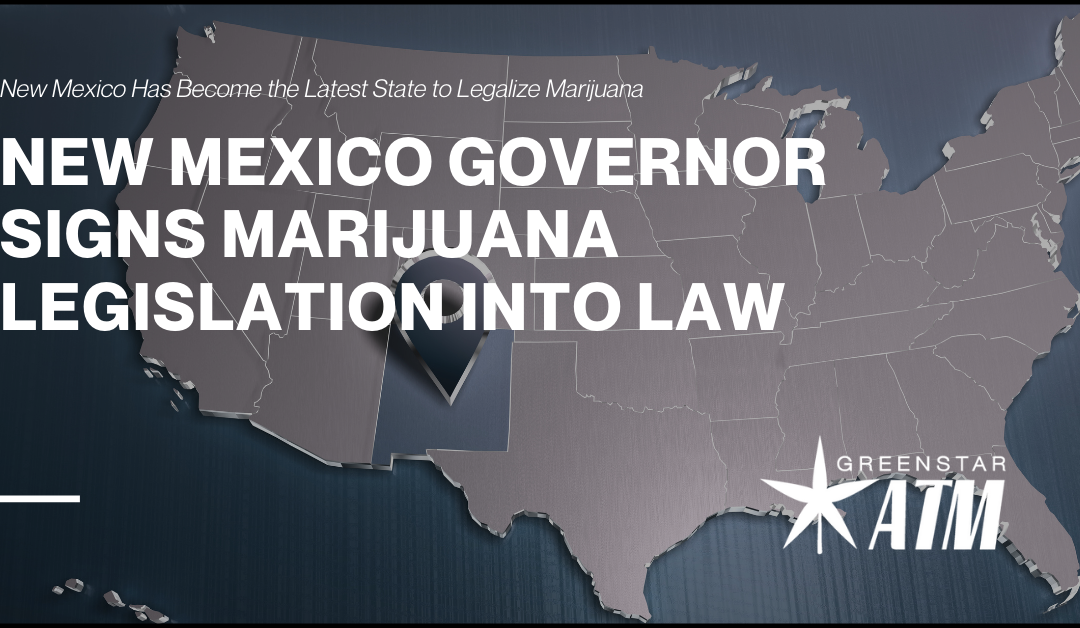 New Mexico has become the latest state to legalize marijuana after Democratic Governor Michelle Lujan Grisham signed two separate measures into law. In the press release from the Governor’s office, Luhan stated, “The legalization of adult-use cannabis paves the way for the creation of a new economic driver in our state with the promise of creating thousands of good paying jobs for years to come. We are going to increase consumer safety by creating a bona fide industry. We’re going to start righting past wrongs of this country’s failed war on drugs. And we’re going to break new ground in an industry that may well transform New Mexico’s economic future for the better.”

The two measures were passed by the legislature in a special session called by Governor Lujan Grishom, who has supported marijuana reforms for some time.

House Bill 2 permits people over the age of 21 to legally purchase up to two ounces of marijuana and/or up to 16 grams of cannabis extract from licensed retail shops. Retail sales are allowed to begin by April 2022.

Lujan Grishom’s press release states regarding House Bill 2, “The sales of adult-use recreational cannabis could amount to $318 million in the first year, creating over several years what could be more than 11,000 new jobs, according Dr. Kelly O’Donnell, independent economist and public finance expert. Preliminary estimates are that the excise tax will raise at least $20 million for the general fund in the first full fiscal year, with significant growth in subsequent years. Local governments will also benefit from the added revenue.”

In a separate measure, Senate Bill 2, legislators stipulated that past convictions for offences that have been made legal by House Bill 2 are eligible for expungement of their records. People who are currently incarcerated for these offences are also eligible to have their sentences dismissed.

This step is being celebrated as an important social justice measure. Representative Andrea Romero, one of the measure’s sponsors said, “For decades, our communities of color have been discriminated against for minor cannabis offenses, so we must ensure that those who would not be arrested today do not continue to be incarcerated or held back by criminal records for acts that are no longer crimes. By ensuring equity and social justice in our cannabis legalization, we are saying ‘enough’ to the devastating ‘War on Drugs’ that over-incarcerated and over-penalized thousands of New Mexicans.”

Senator Jerry Ortiz y Pino, also a sponsor of the measure stated, ““Thousands of people, and a disproportionate number of them from communities of color, have been wrongedby this country’s failed war on drugs. We will all benefit from our state’s smart, fair and equitable new approach to past low-level convictions.”