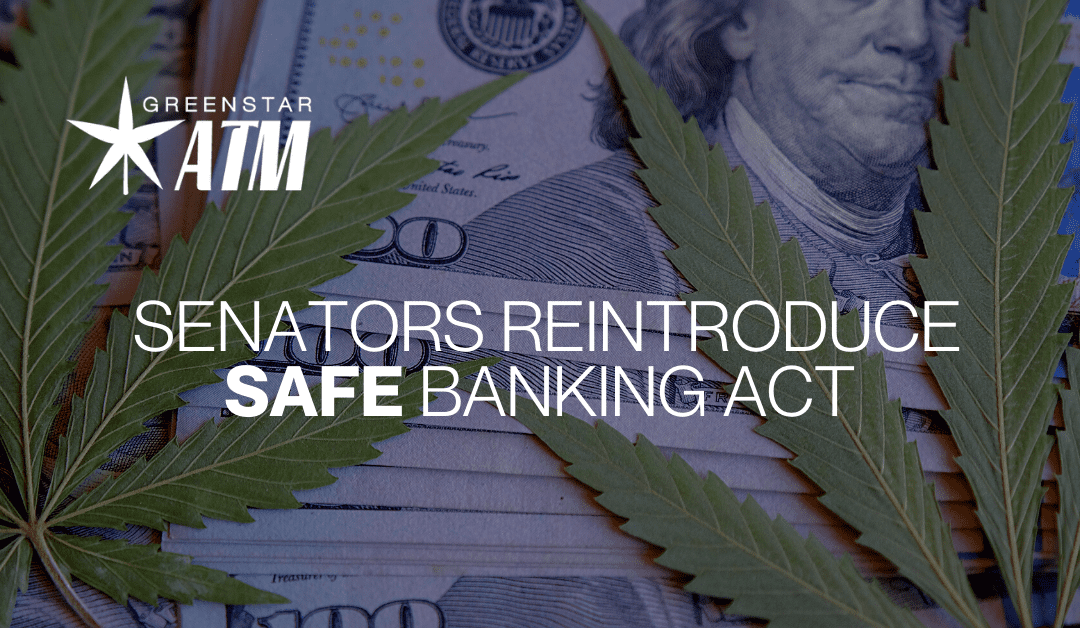 In an effort to support the thriving marijuana industry, Senators Jeff Merkley (D-OR) and Steve Daines (R-MT), along with 27 Senate cosponsors, reintroduced legislation known as the Secure and Fair Enforcement (SAFE) Banking Act.

The SAFE Banking Act was passed in the House with bipartisan support in 2019, however, Senator Mitch McConnell refused to bring up the issue in the Senate. The legislation was also just reintroduced in the House where more than 100 representatives signed on as cosponsors.

Supporters of the SAFE Banking Act highlight that the Act would ensure that banks and other financial institutions are allowed to provide services for cannabis businesses without risk of facing federal charges. Since almost half of American states allow for either medical and/or recreational cannabis, the reintroduction of the SAFE Banking Act is following the trend of support for the marijuana industry.

Up to now, cannabis businesses have had to resort to all-cash transactions because banks fear sanctions from the federal government for working with the cannabis industry.

A Matter of Safety

In a press release about the reintroduction of the legislation, Senator Merkley stated, “No one working in a store or behind a register should have to worry about experiencing a traumatic robbery at any moment. That means we can’t keep forcing legal cannabis businesses to operate entirely in cash—a nonsensical rule that is an open invitation to robbery and money laundering. Let’s make 2021 the year that we get this bill signed into law so we can ensure that all legal cannabis businesses have access to the financial services they need to help keep their employees safe.”

Montana Senator Daines also stated, “Montana businesses shouldn’t have to operate in all cash—they should have a safe way to conduct business. My bipartisan bill will provide needed certainty for legal Montana cannabis businesses and give them the ability to freely use banks, credit unions and other financial institutions without the fear of punishment. This in turn will help increase public safety, reduce crime, support Montana small businesses, create jobs and boost local economies. A win-win for all.”

With broad bipartisan support in both the House and Senate, and the fact that both houses of Congress and the White House are currently controlled by Democrats, marijuana advocacy groups are hopeful that the legislation will pass. NORLM, a marijuana advocacy group recently stated, “NORML has long advocated that federal lawmakers vote “yes” on The SAFE Banking Act.”

Given that each election cycle, more states legalize marijuana for medical or recreational purposes, it seems logical that the federal government takes up means to allow cannabis businesses to operate in a safer manner.