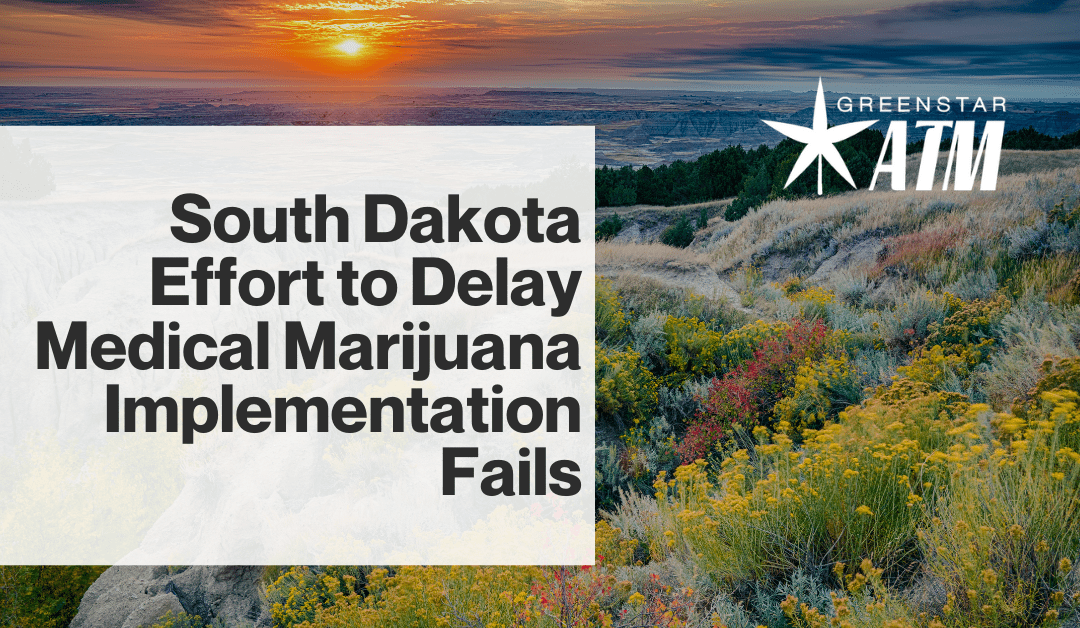 In the 2020 election, South Dakotans voted on Measure 26. According to BallotPedia, “The measure established a medical marijuana program in South Dakota for individuals who have a debilitating medical condition as certified by a physician. Under the measure, patients are allowed to possess a maximum of three ounces of marijuana. Limits on the amount of cannabis products a person may possess would be set by the Department of Health. According to the measure, patients registered to cultivate marijuana at home could grow three plants at minimum, or another amount as prescribed by a physician.”

The measure passed with a resounding 70% of yes votes.

The wide margin of approval by voters, however, has not kept the South Dakota legislature from trying to delay implementation of the measure.

The first sign of an attempted delay was when South Dakota Governor Kristi Noem (Republican) announced a plan to delay the implementation of the medical marijuana program until July 1, 2022, a full year later than the measure stated. In her announcement, Governor Noem stated, “We are working diligently to get IM 26 implemented safely and correctly. The feasibility of getting this program up and running well will take additional time. I am thankful to our legislative leaders for helping make sure that we do this right.”

On January 27, 2021 the South Dakota House of Representatives introduced House Bill 1100 to attempt to delay implementation. The bill stated that “Due to the pending litigation [surrounding Constitutional Amendment A], the Department of Health’s continued efforts against COVID-19, and the complexity of marijuana’s status under federal law, the State needs more time to establish a medical marijuana program with integrity and prudency than its current effective date of July 1, 2021.”

The bill was then sent to the South Dakota Senate, where the bill was amended to allow the possession of up to one ounce of marijuana.

The House of Representatives, however, rejected the Senate’s changes, upon which HB100 was sent to a conference committee to attempt to reconcile the two versions of the bill. Ultimately, lawmakers were unable to agree to any proposed compromise and so the bill failed to pass.