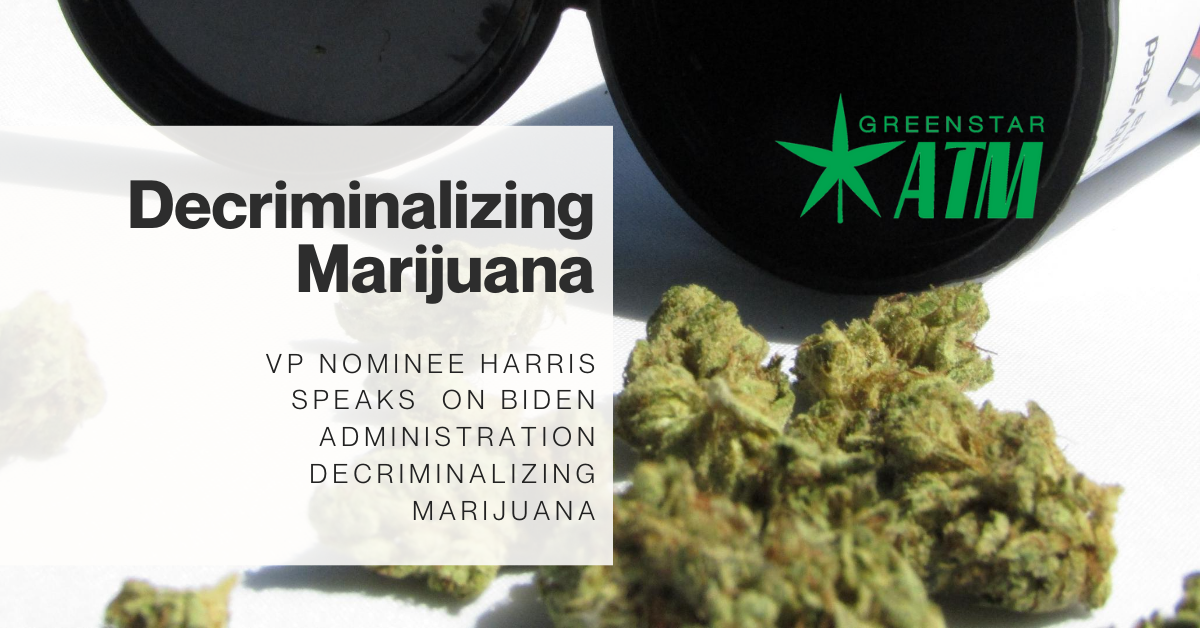 In their first joint interview since the Democratic National Convention, Presidential Nominee Joe Biden and Vice Presidential nominee Kamala Harris spoke with Robin Roberts of ABC News. And for the first time, the Biden-Harris team addressed their plans for drug policy reform.

When pushed on her record as a prosecutor, especially as it relates to police reform, Kamala Harris emphasized that a Biden-Harris policy would include, “A policy that is going to be about decriminalizing marijuana.”

A History of Opposition and Support

Harris, who once had called for increased law enforcement, evolved in her thinking when it came to marijuana and even introduced the Marijuana Opportunity Reinvestment and Expungement Act, one of the most comprehensive marijuana reform bills ever introduced in the U.S. Congress. The proposed legislation called for decriminalized marijuana on the federal level and removing it from the Controlled Substances Act. The bill also required federal courts to expunge prior convictions, allow prior offenders to request expungement, and require courts to conduct re-sentencing hearings for those still under supervision.

Former Vice President, Joe Biden, has not gone so far as to support legalizing marijuana. During the interview, Biden stated, “we’re going to make sure that we change the entire system in the way in which we deal with, with criminal justice from punishment to rehabilitate, no one should be going to jail because they have a drug addiction. They should be going into mandatory drug treatment that’s why I set up drug courts.”

It remains to be seen whether or not marijuana will be legalized in the next administration, however, with two-thirds of Americans supporting legalization, a potential Biden Administration would be wise not to consider it an option.