6 Ways Legal Cannabis is Good for the Economy

The Economic Impact of Marijuana

In the local and national debate about whether or not to legalize marijuana, the main topics of discussion seem to be about safety concerns, health benefits, medical usage vs. recreational usage, and who will have access to purchase. And while those are all worthwhile discussions to be had, there is one glaring topic missing from that list: the economic impact of legalizing marijuana.

Here are six ways that legalization has had a positive impact on the economy:

The biggest impact on state and local economies is the increase in tax revenues from marijuana sales. The state of Colorado collected more than $135 million in taxes in 2015 from the sales of recreational and medical marijuana. Additionally, a 2018 study conducted by the Colorado State University – Pueblo found that the sales of legalized marijuana had a local economic impact of over $58 million in 2016, mostly from taxes and fees. The report also noted that “in the most likely scenario, that net impact will rise to nearly $100 million a year by 2021,” according to the Denver Post.

A 2018 article in Forbes stated that, “Legalizing marijuana on the federal level could result in an additional $105.6 billion between 2017 and 2025, according to a new report from the cannabis analytics firm New Frontier. That figure includes projections for business tax revenues, payroll withholdings, and a 15% sales tax.”

In a 2017 report, New Frontier Data, a data and intelligence authority for the cannabis industry, estimated that 283,422 new jobs could be created by 2020 through the legal cannabis industry. These jobs would not only come from setting up and staffing marijuana dispensaries, but also from farming, processing, producing, distributing, and selling marijuana-based products. And according to Investopedia, “Further, there would be ample opportunities for secondary industries which were related to legal cannabis although not directly involved in its production and distribution. These might include software developers, financing services, construction companies, and many others.”

Another way that new dispensaries can have an economic impact is through investment. Since marijuana is still illegal on a federal level, mainstream banks are loathe to lend money to set up and bank with dispensaries lest they are found to be violating federal money laundering laws. Most dispensaries have to be financed, at least initially, with seed money from individual investors willing to take a chance on the rising tide of the marijuana industry.

On a grander scale, if marijuana were to be legalized on a federal level, marijuana companies would be allowed to list company stock on all of the U.S. stock exchanges, thereby greatly increasing the number of investment opportunities.

At first glance, it seems to be a dubious idea that legalizing marijuana can increase home values. However, that was found to be the case. A paper published in the academic journal, Economic Inquiry, found that by studying municipalities in Colorado, the paper’s authors concluded that “the legalization [of retail marijuana] leads to an average 6% increase in housing values, indicating that the capitalized benefits outweigh the costs.”[i] The study also found that legalizing retail marijuana, “can explain about 27% of the overall housing price appreciation in adopting municipalities during the examination period [2010 – 2015].”

What that means is that law enforcement resources in states where marijuana is legalized can shift from focusing on drug possession investigations and arrests and move toward spending more resources on investigating violent crimes and black market marijuana activity. 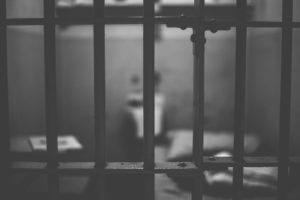 As more states legalize marijuana, the cost of enforcement likely goes down in those states. And if marijuana were to be legalized on a federal level, the costs considered by the ACLU would likely go down dramatically. There would be fewer court cases, fewer prison inmates incarcerated for marijuana-related offenses, and that savings really adds up.

The ACLU report also found that, “Even when discounting entirely all state fiscal spending on prison facilities, corrections expenditures associated with marijuana possession enforcement are significant — California, Florida, Illinois, New York, and Texas, for example, each spent more than an estimated $20 million of state taxpayer money in 2010 housing individuals in local jail and county correctional facilities for possession of marijuana, with New York and California spending more than $65 million apiece.”

With additional states considering legalizing marijuana at the state level, and with the possibility of marijuana being legalized on a federal level, it is likely that the positive economic impacts of the retail marijuana trade will become more and more apparent.