California Legalization: Here’s what you should know 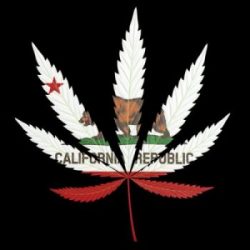 It’s a new year and new laws are starting to take effect, including a big one for California. The Golden State will join seven others in legalizing marijuana for recreational use, making the substance legal for close to 40 million people. Even Greenstar is making their move into California, with placing ATMs in California dispensaries. With so many new businesses and dispensaries, what do you need to know?

The industry isn’t busting out the gates just yet. According to the Associated Press, only about 90 businesses were able to obtain licenses for selling pot recreationally on New Year’s Day. Certain cities like San Francisco and Los Angeles still have local regulations that need to be cleared before businesses can obtain their state licenses.

But not all cities have legalized weed, including Bakersfield, Fresno and Riverside, cities that chosen to keep marijuana banned despite new state laws.

Where Can I Smoke?

Just like other substances like alcohol or tobacco, you won’t be able to smoke pot wherever. A good rule of thumb is if you can’t smoke tobacco there, you likely can’t smoke weed there either. But there are some more stipulations, too. Since it is a mind-altering substance, you can’t smoke in your car, or have an open bag either. If you rent, check with your landlord before you start smoking.

No smoking in commercial places, including bars, but Prop 64 does allow for marijuana smoking establishments. They won’t be allowed to serve alcohol or tobacco, but only marijuana, and it can’t be viewed through the windows, so businesses will need to have tinted windows to block the public out.

Some companies aren’t necessarily taking the normal brick-and-mortar route. Eaze, a new California start-up, is a new weed delivery service. Customers will download the app, pick the strain they want, and a delivery driver will arrive with the product at 20-30 minutes from order. Others are putting their existing skills to work, like one couple in California starting a catering business around marijuana-based dishes.

What does this mean for new recreational weed business owners? They’ll need a way to work within federal guidelines to receive money in a fast and secure way. If you’re a marijuana business owner that deals in cash or needs help with payment options, let Greenstar help. We work specifically with dispensaries to find payment options that will work for you. For more information, get in touch with us.