A new analysis by New Frontier Data finds that marijuana sales are expected to soar by 2025. New Frontier estimates that in 2020 there was approximately $20.32 billion in marijuana sales in the United States. By the end of 2025 that number will increase to an estimated $42.93 billion. 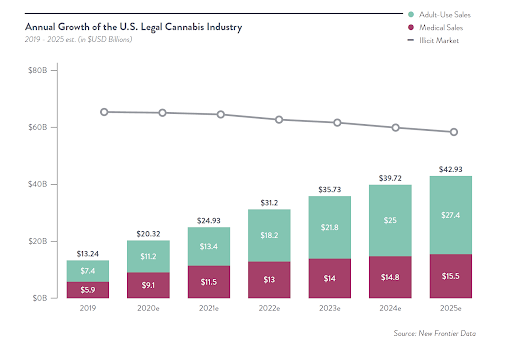 The Rise of Medical Marijuana